In college, there were a few foods I tried to incorporate into my diet (and by “tried to incorporate into my diet,” I actually mean “forced myself to eat.”). The two major ones were spinach and oatmeal. At lunch and dinner, I’d fill a salad bowl with spinach and eat it with my hands. And, with a little discipline, I’d also get myself to eat oatmeal at breakfast.
I’ve never really been a fan of oatmeal. While I’m all for the instant Quaker packets with maple and brown sugar flavoring, I’ve never preferred the kind of oatmeal that comes in a large pot. So at school, I would add things to dress it up. Peanut butter and jelly were a pretty good idea. Surprisingly, so was Sriracha sauce or Tapatio. (I do NOT recommend topping your oatmeal with a hearty spoonful of cayenne pepper. BAD IDEA.) 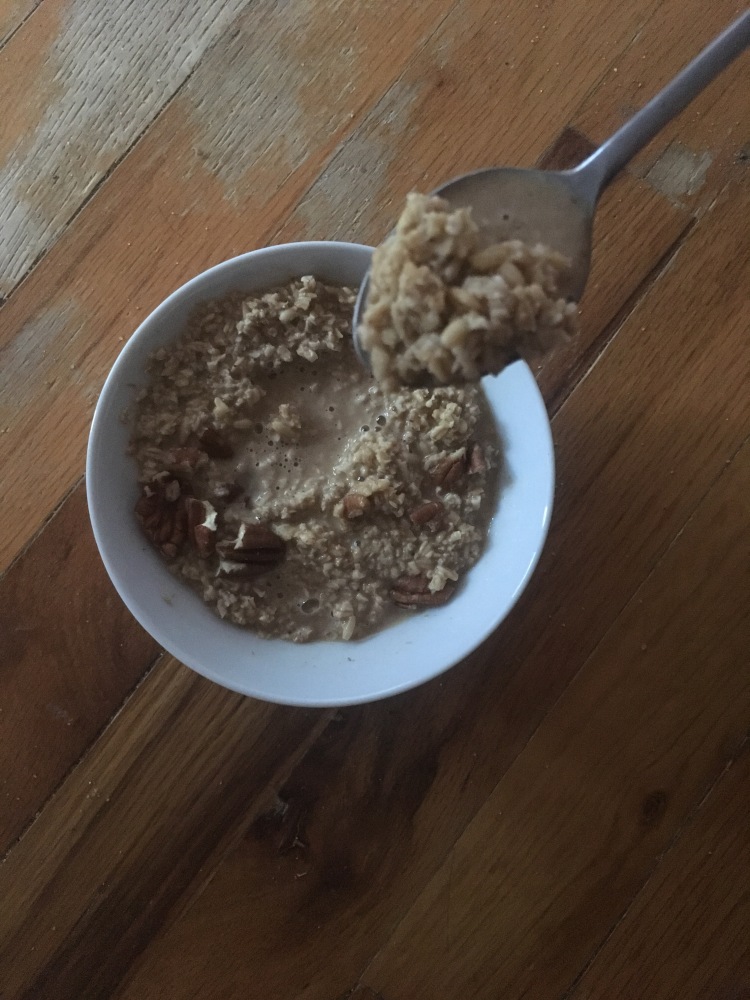 But recently, I’ve discovered an oatmeal alternative that I LOVE. Not “love” as in “I can eat a bowl,” but “love” as in “how do you even stop after a bowl?” The best part is that it’s even healthier than oatmeal.

As I’ve eaten it, I’ve asked myself over and over, why would anyone have oatmeal when they could have this? And I’ve decided it must be because they just don’t know about this dish.

It’s all about oat groats. Oat groats are less refined than instant oats, and you can purchase them in bulk at the grocery store. Soak them overnight and they’ll be ready to use.

* I usually use molasses-flavored water kefir. If you have any on hand, the molasses isn’t necessary. I don’t think water kefir is strictly necessary, either, but it is good for you!

And believe me, you will!

(This recipe is largely based on one by Ani Phyo.)

Hi, there! My name is Stephanie and I’m a Fresno, CA native. After studying at Biola University, I received my MLIS (Masters in Library Science) from San Jose State University. I live with my mom, poet Kimberly Vargas Agnese, and serve as her unofficial agent. We reside at MeadowArc, a food forest in its infancy. I am called to, and passionate about, purity. In fact, the name Agnes means “pure.” Before I was born, my mom felt led to include the name Agnes in her name, and in the names of her children. My full, hyphenated name includes 26 letters (but not the whole alphabet). View more posts